Recently I have been inspired to rebuild and restore my old Lego thanks to a friend of mine putting the idea into my head.

I loved Lego as a kid. Those days I didn’t have a care in the world. The biggest problem I had to worry about was when I was getting my next Lego set. This has partly brought that feeling back to me and it has been a really enjoyable experience.

I found a brilliant site called BrickLink which is a marketplace for new and used Lego and is the best place on the net to find old obscure missing pieces that most likely ended up the vacuum cleaner. There are plenty of Lego enthusiasts around and their creations are very inspiring for me and have made me want to create something special myself. Although I have no plans to quit my job like this guy: Quit job to play Lego

So I started with my vintage Shell Service Station set from 1986. Set number 6378 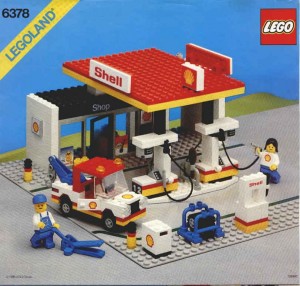 After fighting with my younger brother and claiming ownership, I brought the pieces home and with the help of a downloaded PDF of the instructions I began to rebuild it and log the missing pieces. I found that I had most pieces and I have ordered the rest from various stores on bricklink. I just need the stickers and one more order to come to complete it.

Here is a picture of what I have so far. I intend to re-print the stickers from a hi-res scan that i found on the internet. 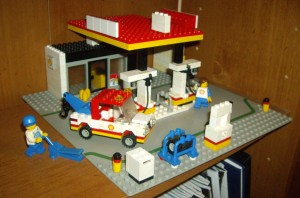 I am also a big Star Wars fan, as is Mrs Punkologist. So obviously the Star Wars Lego was of big interest to me. Luckily a birthday was coming up and Lego is celebrated 10 years of Star Wars Lego in 2009 with some of the older sets re-released (I have no interest in the episode 1/2/3 or clone wars ones). Mrs Punkologist kindly bought me Darth Vader’s Tie Fighter. 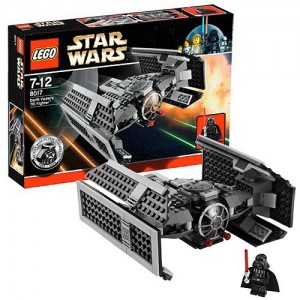 I love it. It is now proudly displayed in the lounge room.

I have also recently bought some other bits and pieces and got some from my brother and sister, the best being the Police Station.

I have been really inspired by the creations of buildings and trains I have seen on the net. Eventually I plan to build a nice display in a cabinet of some sort with a train and scenery. It will include some custom building creations. I think all this will have to wait until I don’t live in a small 2 bedroom apartment though.

Here are some of the best things I have found: