I went to bed the other night,  happy that Newcastle were in a good position in the premier league. We were unbeaten for 2011 (2 wins and 2 draws) and we were doing it without our best striker in Andy Carroll. Both draws should have been wins too with heartbreaking injury time equalisers coming from the opposition. So things were only going to get better right?

Wrong. This is Newcastle United after all. 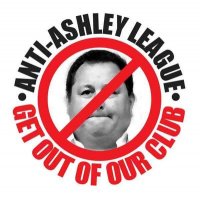 Mike Ashley AKA the Fat Controller, AKA Fat Cockney Bastard etc etc. Doesn’t seem to enjoy success, in fact I am almost convinced he bought the club because as a Spurs supporter he hated us and wanted to destroy us. Now he has discovered there is money to be made selling off your best players and that also serves his purpose of killing the club. Next will be Nile Ranger, he will get more game time now and will eventually hit some form. FCB will see us as player factory for the big clubs and like his sports direct company the hard workers get paid a pittance only to be shown the door (CH).

I put most of the blame for this on FCB but Andy Carroll is not blameless in this either. He had a 5 year contract with NUFC. He could have dug his heals in. At least could had ridden it out till the summer. I’m not sure I believe what has been written about how he didn’t want to leave and was pushed etc etc. In the end it all comes down to money. Both parties wanted it more than they cared about the club.

So I have a AC #9 shirt for sale, really cheap, only wore it once (down to the pub to watch us draw with the Mackems). I think from now on I’ll have to keep them blank, or maybe get my own name on it.

It will be hard to watch him running around in the scouser red. Lets just hope he doesn’t score against us. Life goes on and NUFC will go on long after FCB leaves (hopefully it can survive him). As has been said on twitter, at least we arn’t Mackems.